Unifying My Photos and Videos on iCloud 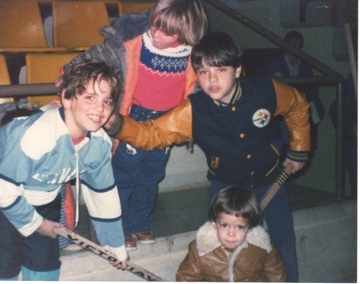 I just spent the better part of a week consolidating all of my digital photos and videos on iCloud. I felt I had to do this because I couldn't easily find photos from 2003-2011 because they weren't in my iCloud Photo library until now.

Care to guess how many photos and videos I have? I have at least:

I say "at least" because I'm still finding photos in directories that I didn't realize contain photos. I'm sure this isn't the largest iCloud Photo library in existence, but it's one that spans at least 15 years and I'm proud of it.

The weirdest part of the evolution of this digital photo library is that it didn't fit in any iOS photo management app until relatively recently. I had so many digital photos before I ever had an iPhone that I needed Aperture, which was a professional photo asset management software package, in order to manage my photo library from very early on.

When Apple deprecated Aperture and iPhoto in 2014, I still wasn't able to switch fully to iCloud Photos because I wasn't certain that my library would fit in the largest iCloud storage plan available. So I started using Photos with a nearly empty library and left my old library of digital photos on a Network Attached Storage device in the basement of my house.

Leaving my oldest digital photos on my NAS meant that if I needed a photo that I knew was from the time period before 2012 or so, I had to go back to my house, get on a Mac that was connected to WiFi, and search for the photo I was looking for using either the old Aperture or some even more basic tool that could access the original files. The relative difficulty of doing this meant that that old library only got searched when I really needed to find a specific photo, and finding it was never a quick or easy process.

It wasn't until Apple started offering a 2-Terabyte storage plan, specifically August 30, 2016, that I became confident that my entire library would fit on iCloud. Even though I subscribed to the 2-Terabyte plan a while ago, I never actually merged my Aperture Masters into iCloud Photos until now.

Now I am beginning to be able to quickly locate photos of specific people from 15 or more years ago. This also gives me a solid library into which I can merge old printed family photos that have lived in shoe boxes since Kathleen and I moved to Newtown in 2005.

I'm looking forward to being able to add old photos 15 minutes at a time, because the really hard work has been done already.

The photo I chose to illustrate this story is a photo from late December 1975. During my first season playing organized hockey, my brother Scott in the top center, my cousin Doug Schanz at the right, and my cousin Brian Lynch in the lower center, all came and watched me play for the Denville PAL PeeWee Hockey Team at brand new Mennen Sports Arena in Morristown, New Jersey. This photo had been in a shoebox for many years, but wasn't in my main iCloud Photo Library until this week, View image.